Why Do So Many Projects Deliver Late? (And How to Avoid this on our Projects)

Why do so many projects deliver late and how do we avoid it? Eliyahu Goldratt in his book Critical Chain, observed that when we give estimates we often secretly add some padding to the figure. This is our safety margin, because we all confuse the word estimate with commitment. Now you might think that in many cases this safety margin isn't needed however Goldratt observed it nearly always is. Most tasks still deliver late despite the safety margin. Why is that? Goldratt put forward a number of reasons: 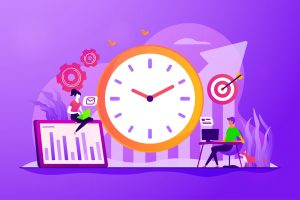 Because of these reasons Goldratt suggested trying to strip out the safety margin that we all add to our estimates. In this way people will be focused on delivering to a more aggressive target. This minimizes the effect of many of the problems above:

The practicalities of stripping out these margins are not easy. How do you identify how much of a margin each person adds? You could reduce all the estimates by a rough rule of thumb say 30%. There are two problems with this; everyone may now simply adapt their behavior and pad out their figures by a further 30% and each person's method of calculating their safety margin will be different.

Another approach would be to ask everyone for two figures, one that they are almost 100% likely to achieve and another that is aggressive but achievable. Probably the 100% likely figure will be higher than a padded normal estimate and the aggressive one will be lower. This will only work if people are open and honest. The only way you can achieve this is to stress there will be no detrimental consequences of not hitting the aggressive figures, although everyone must commit to try as hard as possible to achieving them.

Once we've identified the aggressive and 100% likely estimates we can start to create our plan. We assume that 50% of people will be able to hit their aggressive figure and the other 50% will need their margin. We create our plan using the aggressive estimates and then at the end we add another task called the project buffer. The project buffer is the summation of all the safety margins but as we're assuming not everyone will need them we'll multiply this by 50%.

This approach is called the critical chain approach to planning. Probably the critical chain plan will give an earlier estimated delivery date than a normally constructed plan. And because we are now focusing people's attention to finishing to more aggressive targets in theory we should deliver earlier as well!