[:uk]As the saying goes, the only thing that stays the same is change, in many organisations we do what we can to manage change, possibly even limit it. 'Oh yes, we embrace change but we have a process to document it, to process it and to manage it'. If I'm doing those things am I truly embracing change or simply recognising it and doing the best I can to control it?

Please don't read this and think that I mean change for change's sake is the focus here, quite the opposite, in fact. Change should be fuel for innovation and for greater team and organisational harmony. Groups of people that can harness change can achieve great things. In perhaps a more stimulating way, we could consider that most of the great achievements of humankind have occurred due to people trying new ideas and new ways of working to therefore drive achievement. Often these have been desperate times, such as when we consider a non-trivial concept such as disease prevention. 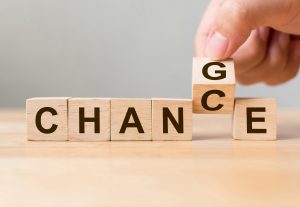 For example, at one point, the idea of stopping a disease seemed insurmountable. Completely and utterly unchangeable. People died of disease and this was simply one of the truths and acceptances of life.

One example would be small pox. This disease was incredibly serious; in 18th century Europe it's estimated 400,000 people per year died from the disease. To jump the end conclusion though - in 1980, the United Nations stated that smallpox had been eradicated.

This a staggering worldwide coordinated achievement.

Previously the healthcare system worldwide, had ways to deal with this disease but not to cure it. Doctors, nurses, hospitals, medical products - all setup to work with the disease and to help people as best they could.

Edward Jenner, an English doctor, invented the vaccine from cow pox after noticing that milk maids did not generally get small pox as their time with cows and cow pox had provided them immunity. At first the medical fraternity refused to believe Jenner, but over time a significant change occurred in the medical community and the small pox vaccine was made freely available across Britain.

This staggering contribution to humanity then spread across the world. Since this time vaccination is now a commonly understood and widely used practice and smallpox is not a widespread concern in the medical community.

The change involved here is staggering; there are numerous points in this story where the creation of the vaccine and abolition of smallpox may have failed.

Dr Jenner could have thought to himself, 'None of my teachers in medical school told me about vaccination and so I probably shouldn't go down this path; surely someone else would have figured it out by now, right? It would be embarrassing if I started down this path and was proven wrong.'

Alternatively, Jenner could have walked the path but then the medical community could have stuck by its guns and not have listened to Jenner with his crazy new notions.

Or perhaps the medical community and Jenner could have aligned, but then the British government may not have followed through and committed so comprehensively to provide free vaccinations to the entire nation.

Even after all of this, the British people could have refused to become vaccinated en masse.

All of these moments show that despite our resistance to new ideas human beings can open up and often to a surprising degree and this can, in return, deliver staggering change to our ways of thinking, behaving or simply being. 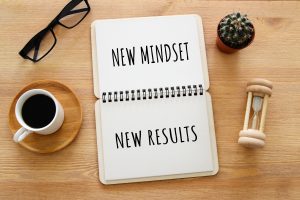 In our everyday actions, we as humans are often unsure of change because the ancient parts of our brains focus upon repetition and predictability. Generally speaking, we feel safer doing stuff that we have done before and therefore that new ideas can be scary to us. However, if you want something new or better, you will have to try something new or better. You cannot keep doing things as you have always done. If you keep doing things the same way, you'll get what you've always gotten.

If you and your company want to innovate, to remain competitive...then you must change, and keep changing. If today is the same as yesterday then there is uncovered potential. So, what are you doing everyday to keep changing for the better? Continuous improvement is the key here.

In your organisation what are you doing to provide an environment that encourages changes? Do your people feel safe and trusted so that they are willing to innovate?

If your company is the one that creates this environment first, then your organisation can compete with and even beat your rivals.[:]